Ella recently participated in Act: Speak: Inspire, a programme of St Ethelburga’s where participants volunteer in Calais and return to the UK to give powerful talks that cultivate empathy and grow their audience’s understanding of displacement and the plight of refugees.  Ella lives in southeast London where she is a Local Preacher in the Deptford and Southwark circuit of the Methodist Church. For her talk, Ella delivered a sermon to the intergenerational congregation of Deptford Methodist Church on 17 November 2019.  This blog is adapted from her sermon.

I could write about tragedy, poverty and war.

I could write about injustice, police brutality and the anger I have.

But instead, I choose to write about Love.

The pattern for our days in Calais was to spend the morning in the warehouse, sorting donations and making up food parcels or hygiene packs. And to spend the afternoon out in the settlements, distributing goods and providing services.

Working in the warehouse was one of the places I saw love.

I saw the love of friendship and fellowship between the volunteers. It was really cold in the warehouse, but we soon got hot moving boxes around. We had music playing and were all working hard. It was fun and really bonded us as a group – working together for a good cause has that effect.

I also saw love in the items donated. The charity needs clothes, shoes, camping equipment, hygiene items and food. The loving generosity of donors was amazing.

There was also generosity in other ways – most of the refugees come from north Africa and the middle east, and people from these areas are often quite small – slimmer and shorter than most average Brits. We were instructed, when sorting the coats, to put anything extra-large into a separate box, which goes to Shelter, the UK homeless charity. Seeing the sharing between charities to ensure that people are looked after, whoever they are, was beautiful.

There are about 700 refugees living in Calais, around 500 living in Dunkirk and around 700 living in Brussels. I visited all of these sites.

Most of the refugees are men. This is because they have fled their home countries to avoid being recruited into military or terrorist groups like ISIS or the Taliban.  They come from Afghanistan, Iran, Iraq, South Sudan, Eritrea and elsewhere. In those countries, people don’t believe that women can be soldiers, so it is safer for the women to stay. But there are women here too, and teenagers, and children and babies.

On the first afternoon, we went to a site near the hospital in Calais.

I spoke to a man called Assad from Afghanistan. He had been a teacher in his home country – he taught all ages maths, reading and writing and English – he was keen to practise his English with us. He drank black tea with three sugars in it – entirely too sweet for my taste! He told us that teaching was the reason he’d had to leave Afghanistan – he’d been threatened by the Taliban for teaching English, and for accepting women and girls into his classes. I saw that he had a great love for his homeland – he wanted his people to learn and be educated so that they could build a good society together. He didn’t want to leave Afghanistan.

On Tuesday we went to Dunkirk.

I was supervising the hairdressing area. This is one of the services the charity provides – they set up a generator so people can use electric hair clippers. We also had scissors, mirrors, razors, combs and brushes and so on. I was there looking after the equipment and making sure everyone had what they needed. There was a lot of fun there – the boys and young men teasing each other, chatting, watching people get their haircut – it was a lot like the places I see on my local high street!

And what I saw there was people loving themselves. God calls us to love our neighbours as we love ourselves. That means we need to love ourselves! God loves us so much. As long as we don’t love ourselves more than others – as long as we aren’t selfish – then it is absolutely right to love ourselves. The thing is, it’s difficult to feel good when we’re in a bad situation. Most of the refugees hadn’t had a hot shower, or slept inside, in months. Lots of them hadn’t had their hair cut in months. But sitting down with us and getting a really sharp haircut put a smile on everyone’s face – they felt good about themselves.

On Wednesday we were at the Calais main site.

One of the services we provided was to bring a generator and extension cables so people could charge their phones. You might think it’s strange – here are people who often don’t have enough food to eat – why do they have mobile ‘phones? But consider what is most important in your life – most people would say ‘family’.

I said that most of the refugees are men. I should also have said that they are mostly between the ages of 13 and 30 – this is the age when they are most vulnerable to being forced into armed conflict. Men and boys who have left their homes, this means they have left their families too. Their mobile phones are their one link – their lifelines – back to their families. I’d skip a few meals to call my mum, or sister – wouldn’t you?

At the Calais main site we set up the charging boards and everybody rushed to plug in. Except one boy. I spoke to him – 17 year-old Daniel from Sudan. He said he didn’t have a phone. He left home 7 months ago and had arrived in Calais 10 days ago. He had lost his phone and hadn’t spoken to his mum in weeks. I bet she was worried sick. Daniel had spoken to Claire, who runs the charity, a week ago and was now at the top of the waiting list for a phone.  While I was chatting to him, Claire came over and carefully, secretly, put a phone in his pocket. She had to do it secretly because there’s a waiting list for phones and she didn’t want other people to be cross with Daniel for getting one before them. Daniel carried on talking to me for a few minutes – we were watching a football game that others were playing by the side of the road. And then he looked across at me and said sorry, but he really wanted to go call his mum now! It was so sweet, I told him to get going and not to wait around for me on any account!

That day I saw deep love for family.

On Thursday we went to Brussels.

Things were different there because it’s a really dense city – a bit like London, and not like Calais or Dunkirk. There are 700 refugees living in a park in the centre of the city. They’re surrounded by big glass skyscrapers. It’s strange to see.

We gave out food parcels in Brussels. Just plastic bags with a tin of tuna, a packet of peanuts, a bag of sweets, an orange and a woolly hat in. We made up 350 food parcels and gave them all out. When we had run out, there were still a hundred people in the queue who didn’t get one.

We then served teas and coffees and biscuits. All those hundred people, who missed out on a food parcel, got the first cups and they were so grateful. Even people who knew no English had learnt “thank you, thank you”. The loving gratitude was genuinely there. It was so much that I almost felt sick – here are intelligent, educated, handsome young men – in a different world they could be my friends, or colleagues, or brothers. And they queue for half an hour for me to give them one biscuit, and they are smiling and grateful.

But I choose love. This is the love that I have seen: the love of friendship and fellowship, loving generosity, love of homeland, love for ourselves, love for family, loving gratitude.

I pray that I can bring some of this love back into my daily life. Because what we need more of in this world is love.

‘Love is patient; love is kind; love is not envious or boastful or arrogant or rude. It does not insist on its own way; it is not irritable or resentful; it does not rejoice in wrongdoing, but rejoices in the truth. It bears all things, believes all things, hopes all things, endures all things. Love never ends.‘ 1 Corinthians 13:4-8 (NRSVA)

If you would like to know more about the work of Care4Calais or to make a donation to their work follow this link. 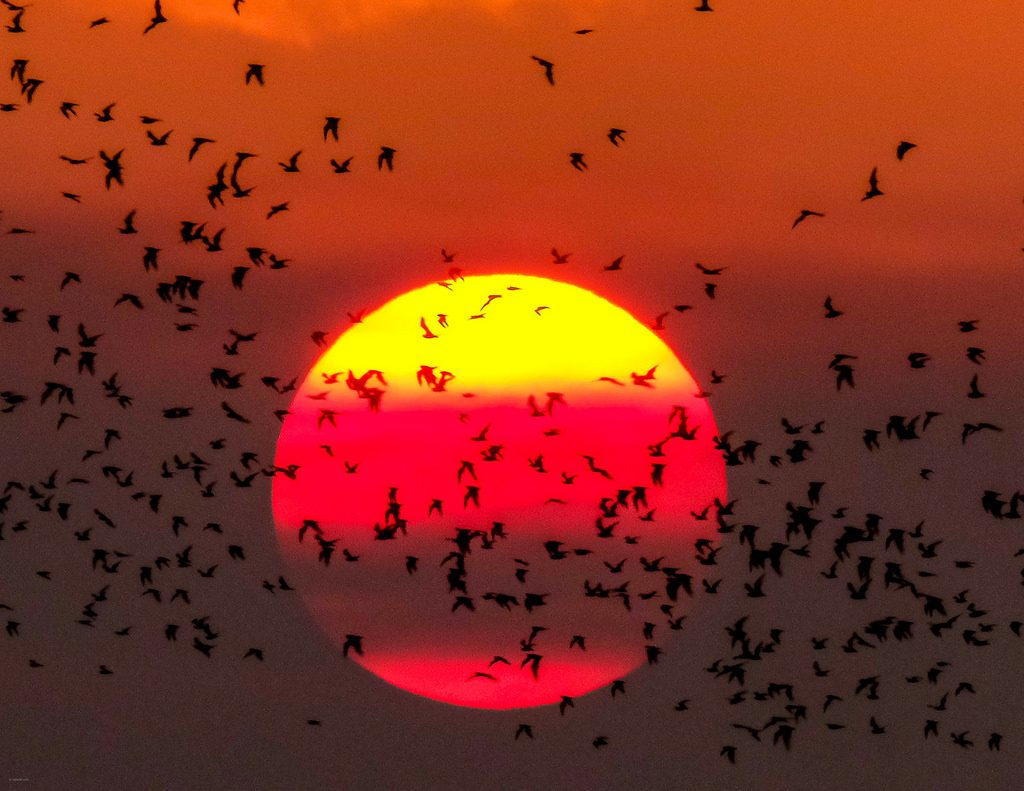 To those willing to look into the abyss

It seems we have entered a new phase in our journey of self-destruction, and the ecological and social collapse we have suspected to be on the horizon is now coming to meet us. Protecting ourselves from hopelessness no longer serves us. As many enlightened activists have told us (such as… 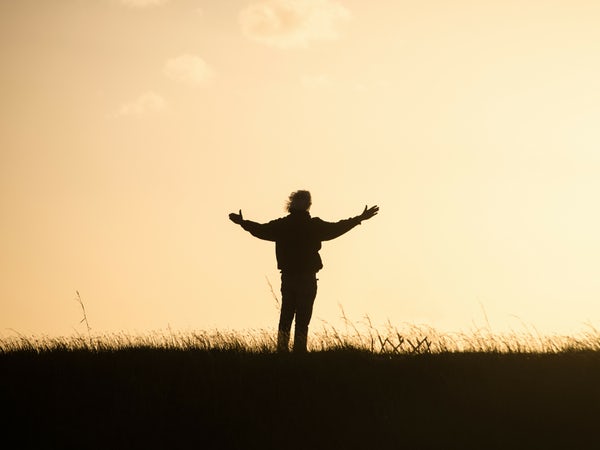 The Art of Receiving

Wendy May Jacobs is a curate in Portsmouth, and a participant on the Journey of Hope pilgrimage created by Reconcilers Together. In this blog she reflects on her learning from the most recent module hosted by the Rose Castle Foundation and Place for Hope, focusing on radical hospitality and host-guest…

Climate and conflict: Preparing for the storm

Dr Justine Huxley, CEO of St Ethelburga’s Centre for Reconciliation & Peace, reflects on deepening societal divisions, climate breakdown and conflict, highlighting the need to move beyond denial, and tailor our responses for the coming storm.    Over the last 6 months, the fractures in our world seem to be…