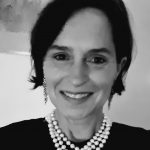 As I write this blog, I’m cruising 9,000 feet above the huge snowy mountain ranges of China, on my way back from my first ever visit to Japan.

In the late summer of this year, the Global Peace Initiative of Women introduced St Ethelburga’s to Shinnyo-en, a Japanese Buddhist organisation who are wanting to develop inter-religious relationships in the UK.   The Shinnyo-en movement was founded in 1936 by Master Shinjo Ito and is an engaged form of contemporary Buddhism that emphasises that everyone has the ‘seed’ of enlightenment within them, and which places great value on the contribution each individual can make towards life on our planet.

On August Bank Holiday, a group of us, including Revd Maggie Hindley from the London Inter Faith Centre, enjoyed a wonderful sunny afternoon at their beautiful temple in a converted manor house near Kingston on Thames.  As well as eating cake, practicing our origami skills, and playing badminton with the children on the lawn, we also had a guided tour of the temple, learned about Shinnyo-en’s beliefs and practices, and shared some meditation together.

Since then, we have been busy working with them on a dialogue we will host together in November, aimed at introducing their London members to the interfaith community.  Much to our surprise, Maggie and myself were also invited to come to a very memorable interfaith gathering in Japan.

It was a very special experience getting to know the Shinnyo-en community on their home territory.  We were a group of around 20 people (from many different faith traditions, hailing from Europe, Africa, the USA, India and the Far East) hosted at an elegant Japanese-style retreat centre in the fascinating city of Kyoto.

Minoru Shitara and other Shinnyo-en members impressed everyone greatly with their gracious hospitality and overwhelming generosity.  In one way or another, we were all very deeply touched by Japanese culture – the incredible attention to detail, the appreciation of beauty, refinement, balance, harmony and simplicity that expressed itself in the food we were served, the interior design and architecture of the retreat centre where we talked and meditated and chanted together, the carefully tended luscious green gardens we walked in, and every eye catching piece of calligraphy or tiny perfectly positioned vase containing a single flower, that adorned the otherwise minimalist space.

On our third day, we were invited to participate in a fire and water ceremony led by Her Holiness Shinso Ito, Shinnyo-en’s current spiritual head, with over 5,000 members of their community at a modern temple in Osaka.   The ritual involved each of us burning pieces of wood in a fire as an act of collective purification, offering water, and carrying floating candles symbolising an opening of the heart.   It was an honour to take part in this – my sense was that it was a very real and powerful act, made possible by the spiritual authority of their leader combined with the sincere devotion and aspiration of the community.

It was humbling to say the least, sitting beside the ceremonial fire, dwarfed by an enormous gold statue of Shakyamuni Buddha (reclining to denote his advancing age when he brought through the nirvana sutra on which Shinnyo-en base their practice) and watching the vast congregation, waving thousands of little coloured lights in our direction.   Every one of us felt tremendously moved – and were even more moved to see that many of the congregation were in tears, because of the power of the ceremony and also, it seemed, because our contribution to it had as much meaning for them as it did for us.   It was no less humbling to find that our host Minoru, who is one of the community’s key teachers, was the one handing us back our shoes as we came out of the temple.

Experiencing the ancient City of Kyoto – which has over a thousand Shinto and Buddhist temples quietly existing alongside the dense urban population and futuristic technology  – one is immediately plugged into the immense explosion of religious wisdom and practice that Japan was clearly home to in previous times.  It gives the impression of having been in some sense one of the spiritual capitals of the planet for a whole era gone by.  Many of the temples are now mainly historical monuments to an endless stream of tourists.  But many of our multi faith group of faith leaders, monks and mystics who were blessed to share this journey together were left in no doubt that Japan has a still living spiritual wisdom – incarnated in new forms perhaps – that clearly has a contribution to make to the global community.

Some of us in Kyoto were also left with a feeling that there was more to this interfaith gathering than had first been apparent –  that something might continue to emerge between us, long after we have all flown home to our respective continents.

It is my hope that St Ethelburga’s can play a small part in helping that very unique Japanese note to be heard by Western ears.

Shinnyo-en, together with GPIW, will partner us hosting a private interfaith dialogue on the theme of ‘building a sacred earth community’ later this month.  Her Holiness Shino Ito will be in London at that time and will address a gathering of 2,000 community members from the UK and Europe the following day.  This event will include a beautiful lantern ceremony, to which Shinnyo-en has invited a number of faith leaders and young people from different traditions to play a part.

If you are interested in the theme of sacred earth community, please email justine@stethelburgas.org and we can keep you informed about how this progresses.

Justine leads on vision, strategy, management and fundraising.  Her raison d’etre is bringing people together and co-creating innovative projects rooted in worldview of interdependence.  Her biggest achievement is building a dedicated and passionate team, who she feels privileged to work alongside.  She has a Ph.D in psychology and her first job (usefully) involved training an impossibly grumpy camel on a small Danish island. Her first book, Generation Y, Spirituality and Social Change is a reflection of six years of work with the younger generation at St Ethelburga's.     Justine can give workshops and keynotes on: faith and the future; spiritual leadership for times ecological and social collapse, deep adaptation, radical resilience, peace-making and conflict transformation and the role of inner work in effective peace-building and social change. 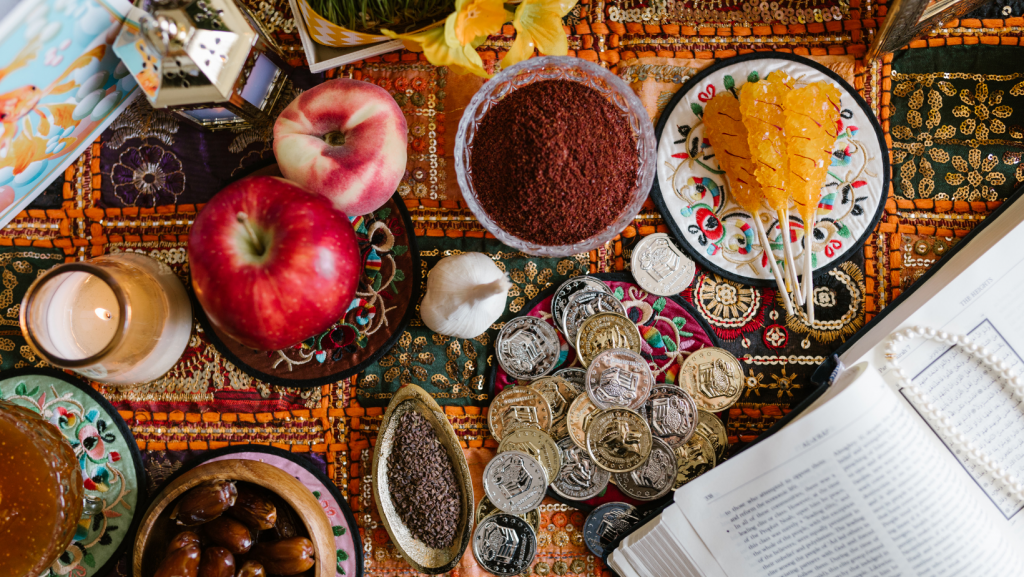 Seetha Tan reflects on St Ethelburga’s 2022 Nowruz celebrations by considering the relationship between crisis and renewal, displacement and re-rooting and the importance of celebration and collaboration. As a festival that commemorates the beginning of Spring, rebirth and regeneration, this piece reflects on the displacement of the Afghan community and… 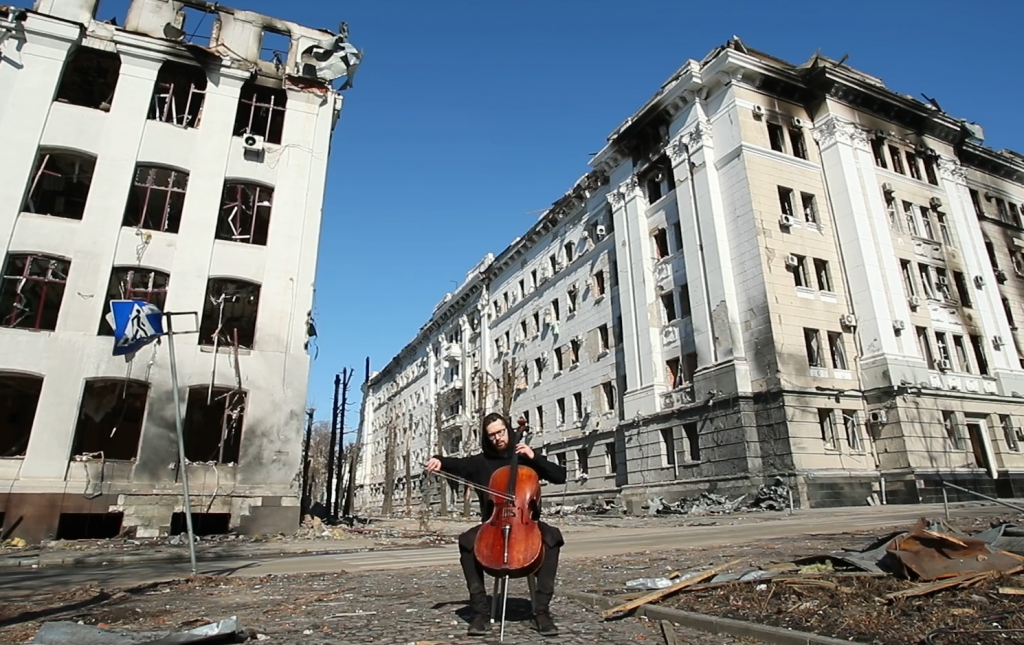 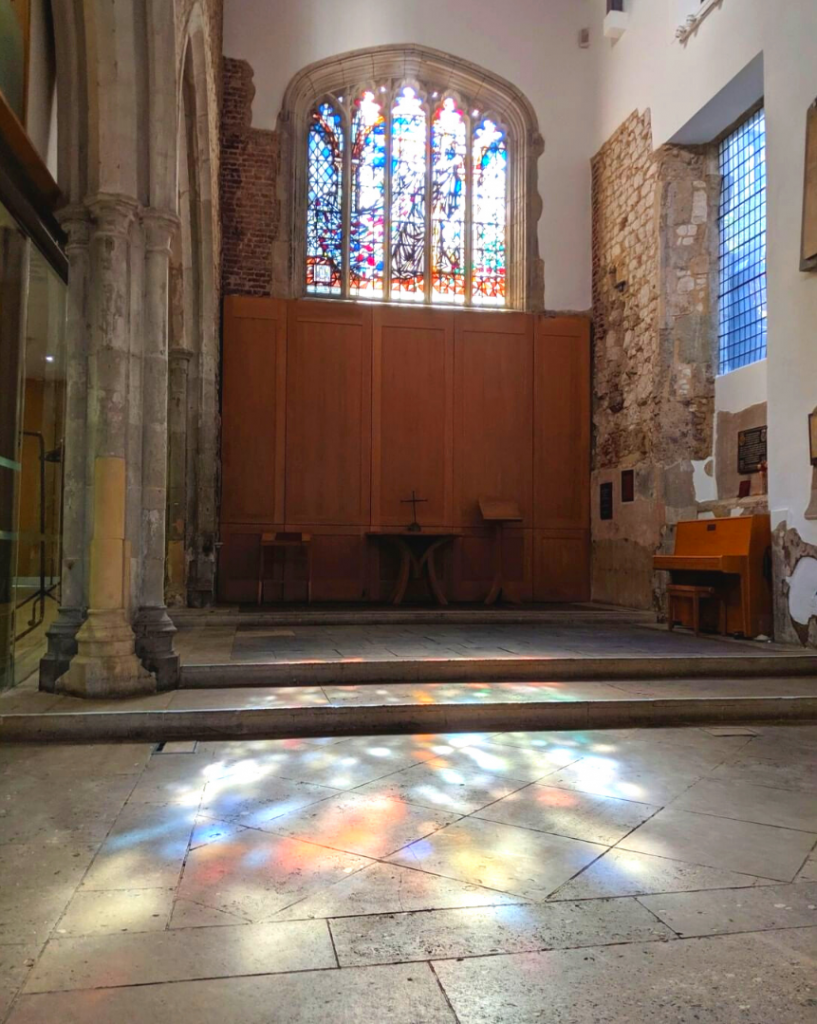