Last week I arrived in Stroud, bound for Hawkwood College, where I was invited to take up a five-day post as artist-in-residence. My intention was to use the opportunity to immerse myself in a project I am developing as a Fellow of St Ethelburga’s Centre entitled, The Poetics of Presence.

As my train made its way into the small station, I searched my jackets pockets for my map, a wonderful DIY thing, drawn for me in an old caravan by candlelight, the night before I was due to leave. From the train window I made out four gliders letting go of a high-hill’s edge, souring upward in a sudden gust of wind that caught them from below. The surrounding heights were half in shade, though what sun there was reflected white in the small windows of steep-stacked houses and a single, passing bus. Leaving the train, I set off from the station, sleeping bag strapped tight to my bag, winter scarf already removed in anticipation of the climb ahead. Tracing the pen-lined map, I followed its lines and curves, congratulating myself as I passed each scribbled check-point, that I was still on track.

Cars, buses, thin streets of thin brick houses, a faint smell diesel on the air; I am a country poet, fond of towns and cities, fond even of suburban cul-de-sacs; the low-roofed lines of their shopping precincts. All my early experiences of ‘nature’ began with a journey through such places – in some ways the backpacked hike through the outer limits of a town is where these precious experiences still begin for me, despite my status now as a full-time rural resident, living off-grid in an old Ford Motorhome beneath a willow (on windy nights its branches scratch at the aluminium roof, tip-tap on the skylight; long, timeless fingers). As I approach the Painswick road and start the ascent, a group of college students sharing from a gigantic bottle of lemonade on the corner, pause to watch me pass. In a ragged tweed jacket, hiking boots and flat cap, carrying a rucksack with sizable sleeping bag attached, perhaps (I hope to myself) they think me a strange tramp from another time, picking my way through dull-looking cars as they wait at the junction.

As the busy road thins down to a hedged lane, I’m ready to think about the purpose of my trip. The residency was organized last year, in the summer. At the time I was still riding the waves of a successful poetry tour around the South West, facilitated by SJ Fowler and Camilla Nelson (read more, here: http://www.stevenjfowler.com/southwest). My Collaborations whilst on this tour, with Camilla in particular really got me thinking more deeply about the process of composition, and asking questions such as; what actually is inspiration? How, as artists, do we observe? Where is the I that observes at all and why do we consider this I separate? – of course, none of these are new conundrums, and it is with great respect that I honour the writers, poets, dancers, mystics, thinkers of the past who have grappled with them before me. But nevertheless, here I am, asking.

My aim, whilst at Hawkwood, was to conduct an in-depth ritual using poetry and performance, based on the project mentioned earlier that I am undertaking with St Ethelburga’s Centre. As a participant in the Centre’s ‘Spiritual Ecology Youth Fellowship,’ my project aims to work with the short Haiku-style poem, as a tool for cultivating mindfulness and quiet appreciation for all aspects of everyday existence, however mundane certain tasks might feel. Coming from a Zen Buddhist background, it is my belief that true and lasting social change will come about through the acknowledgement of the sacred-in-the-everyday – i.e. everything is sacred, from washing the dishes to climbing a mountain. The great power that I see in Haiku, is its duel-ability both as a tool for increasing mindfulness and acceptance when practiced regularly, and, as the perfect form in which to express the balanced, yet humble inspiration that comes as a result of this practice.

At Hawkwood, it was my goal to create a focused ritual across three days: meeting, mapping and merging with the landscape. This process would act as a branch-practice emerging from the planning stages of The Poetics of Presence, deepening my relationship with the short, observational poem as a tool for awareness and ‘nature connection.’ My task was simple – walking and re-walking the college grounds, coming up with poems as they were gifted to me, writing each on the map on the exact point at which it appeared from within/out. After a short process of editing I would then return to each ‘point of inspiration’ and perform the poem which arrived with me at that point. In brief, what was given, was given back, as gift, as acknowledgement of the nonhuman effort involved in creating such a work; in acknowledgement also, of myself as poet, being only one aspect of a creative ‘team’ that brought the piece about.

As I climbed the long driveway towards the college, I felt welcomed by the land and buildings. Higher and higher, the valley opened out ahead of me as I turned back to face the path I had just walked (“you can see the Severn from above the house,” I was told. I could, I could!).

I found my time at Hawkwood to be enjoyable and highly productive. The poetic ritual of inspiration and gift-giving went to plan and I feel incredibly grateful towards the all the staff, animals, building, plants etc. that allowed me to feel at home throughout my stay. I would also like the thank the F.W Reckitt Arts Trust, who’s financial support made the whole thing possible. For updates on the Poetics of Presence project, keep an eye on the St Ethelburgas website or follow me on twitter @mspence_1. The poem(s) that emerged from my residency at Hawkwood will likely appear in the near future online or in print via a literary journal. Copies can be sent on request. It is my aim to return to Hawkwood later in the year to lead an outdoor creative writing workshop as a way of sharing the process used during this residency with local poets of all abilities (for bookings, see below ) One of the beauties of such an approach is that the ‘results’, if we are to call them that, are judged not in the authors technical skills, but only on their ability to write and give-back with attentiveness and non-judgement.

The Poetics of Presence writing workshops can be attended at various venues/gatherings throughout the summer, including: 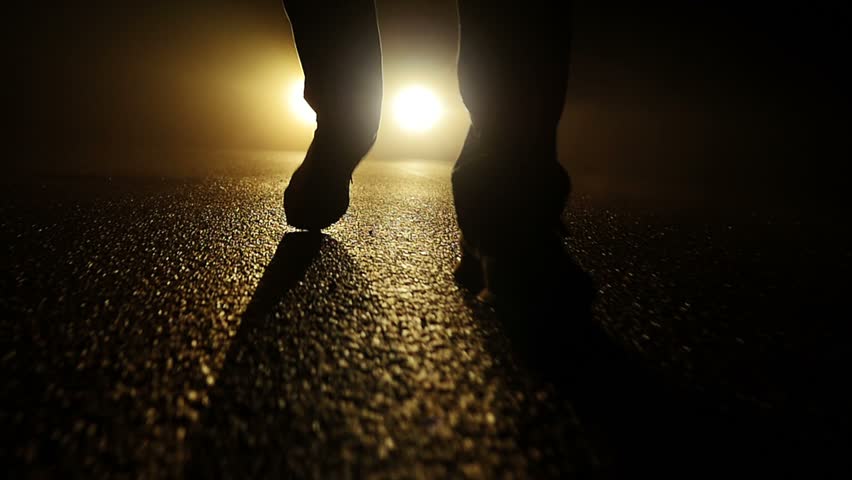 Walking the talk: Faith, spirituality and the next generation

This exciting new book draws on St Ethelburga’s work with inspiring young leaders around the world.   ‘Walking the talk’ is a collection of interviews and stories from young adults on how the younger generation are engaging with faith, spirituality and social action amid the challenges of our times. With stories… 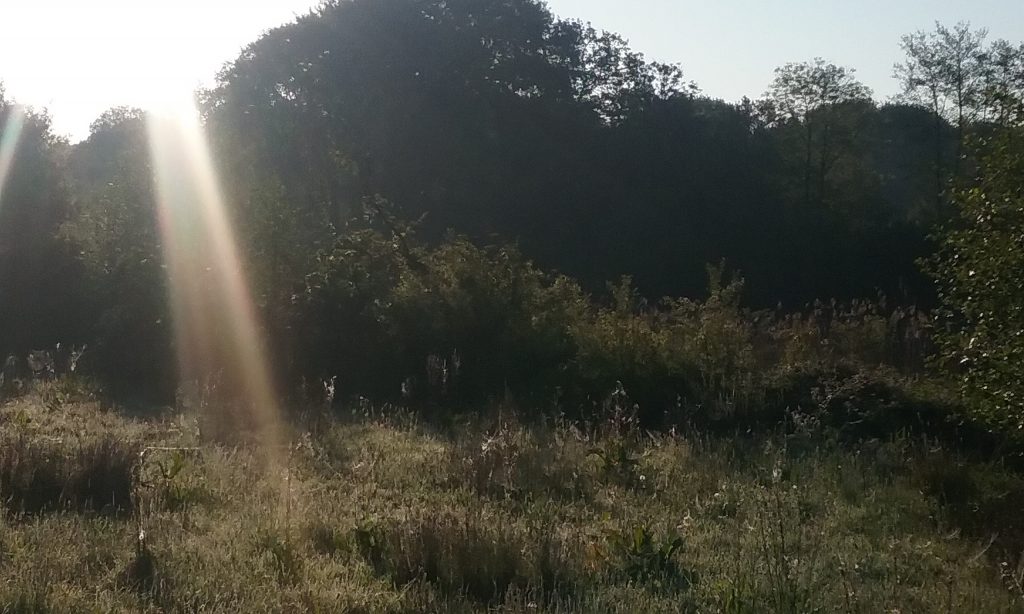 Abundance and Communion: Sensory Pathways to Realising our Sacred Places

Impressions and Reflections from ‘Spiritual Ecology: Reviving a sacred and interconnected world’, residential workshop The Hermitage, Somerset, July 2018  By Emilie C. Parry Over a weekend in mid-May, time expanded just enough to give space for uncovering and realising the interBeing of a few humans with our wider ecologies and Earth System…. 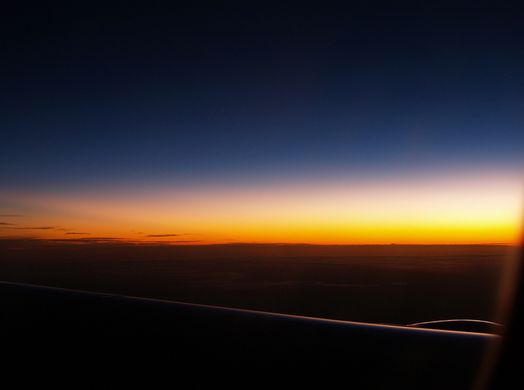 Justine Huxley reflects on the inspiration behind the book and on the seeds of a new era emerging through the next generation. “The stories of the millennial generation collected in this book present us with new dreams, visions and ventures that can help to heal the wounds of our world.”   Professor…